THE PRESENT by Farah Nabulsi (State of Palestine)
This multi-award winning short tells the touching story of a father and daughter who have to overcome the intimidation of a military checkpoint just to buy their weekly shopping. But will they be allowed back home with the present they have for the mother?

A SWIMMING LESSON FROM DAD by Biro Melinda Ildiko (Hungary)
Come hell or the children’s pool. 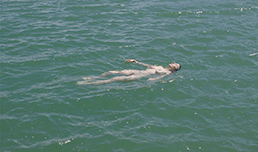 WATERMELON JUICE by Irene Moray (Spain)
How much time, effort and dedication does it take to find your way back to  your sexuality?

ON THE BOAT by Baizak Mamataliev (Kyrgyzstan)
Humour and horror when a boatman is forced to carry a passenger whose presence will keep him from paradise.

PINKY PROMISE by Sophie Linnenbaum (Germany)
It’s never wrong to do the right thing. Or is it? 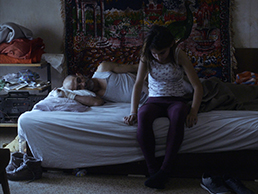 NINA by Hristo Simeonov (Bulgaria)
Nina is a vulnerable girl, trapped and alone making her way in the only way she knows. Sooner or later it will all catch up with her – but not yet.

SOCKS by Sam Tipper (UK)
A pair of socks are looking forward to taking their rightful place on the top rail in a supermarket, but things don’t quite go according to plan.

THE KNITTING CLUB by Abby Colquhoun and Beatriz Gonçalves (UK)
We were looking for storytellers and conversationalists and the ladies of the knitting club in the Clapton Hart Pub were the perfect candidates. The film was shot on 16mm black and white and hand developed.

GORGERS by Ross Caswell (UK)
A young couple are devoted to their Traveller way of life. But what happens now that they are pregnant?

THE COLOUR OF YOUR LIPS by Annick Blanc (Canada)
In an atmosphere grown suddenly impossible to breathe, a diver and a woman appear to be the only survivors. As their reserves of air run out, will they make love or war?

MARY OF EXETER by George Barron (UK)
Double Elephant Print Workshop has worked with local youth groups and partner organisations to explore and remember hero Pigeon ‘Mary of Exeter’ and Charlie Brewer’s vital role in WW2 communications. The film is made up of 6000+ drawings directed by young people.

PINE by Jack Harper (UK)
He is trapped in his four walls. If only the figure haunting his memory was trapped with him.

BETTY by Will Anderson (UK)
An animator tries to make sense of a failed relationship.

AUTOMATIC by Emma Doxiadi (USA)
Two girls see something they think they shouldn’t in a working class neighbourhood in Athens.

LET THERE BE LIGHT by Simon Gullstrom (Sweden)
When anxiety boils over for a troubled waiter, he must confront it publicly. A story built on the rawness of dance.

IN BETWEEN by Filip Zaluska (Poland)
Stay at home, a real home.

CASS & LEX by Phillip Kaminiak (Germany)
A cinematic poem about the beauty and the horror of love. In his directorial debut, Phillip Kaminiak attempts to deal with his previous relationships by training a lens on real-life couple Cassandra Clerc and Johannes Lex. 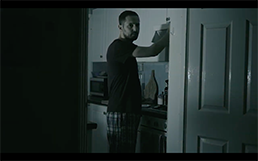 THE OTHER ONE by Roberto Colapietro (UK)
A man finds a stranger in his living room in what seems to be a home invasion. However, the confrontation between the two reveals something else. 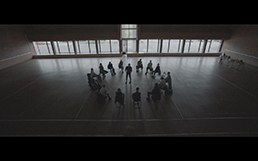 CIRLCE OF SALT by Kirill Novikov (Russian Federation)
An intense, psychological thriller tackling themes of rebellion and police violence. A tale of an antihero whose troubled personality stems from a suppressed childhood. 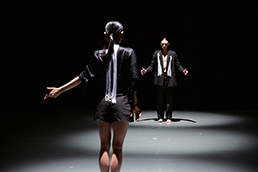 2020 BRUSHSTROKE by Tsai Hsi Hung (USA)
The visual beauty evokes much – including the ethereal Taiwanese dragon. 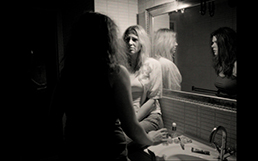 TRINETTE by Mathias Falcone (UK)
Eerie, claustrophobic portrait of a woman facing the ghosts of trauma.

SEOULSORI by Kyoung-bae Kim (Republic of Korea)
Delightful animation does not seem to cheer up the terrified and crying boy. Will the animated dream win him over?

ANPU-ZOEA by Powei Su (Taiwan)
A visually stunning view of survival and love against all odds – but for how long? 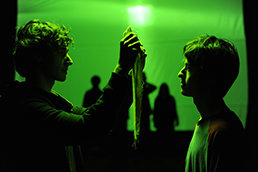 YONLU by Hique Montanari (Brazil)
The internet was his world. Music, his legacy. Based on a real story. Yonlu. 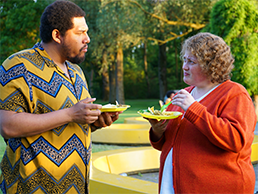 FAMILY MATTERS by Stanley Kolk (Netherlands)
When Kelly comes out of jail and is pursued by her past, her sister Samantha tries to help her with all her strength. But can family really help each other?

ZELIHA’S HOUSE by Gabriela Gyr (Switzerland)
Zeliha builds a house in Turkey and moves in. They want to drive her out once again. But she owes it to her ancestors to make a stand.

NOTHING EXTRAORDINARY ABOUT US (FEATURE DOCUMENTARY)

THE CANNIBALS – VOICES FROM 1944 (FEATURE DOCUMENTARY)

THE CANNIBALS – VOICES FROM 1944 by Zulay Magazieva (Denmark)
A Chechen director weaves the fate of her own family into the story of Stalin’s deportation of the Chechens to Central Asia in 1944.